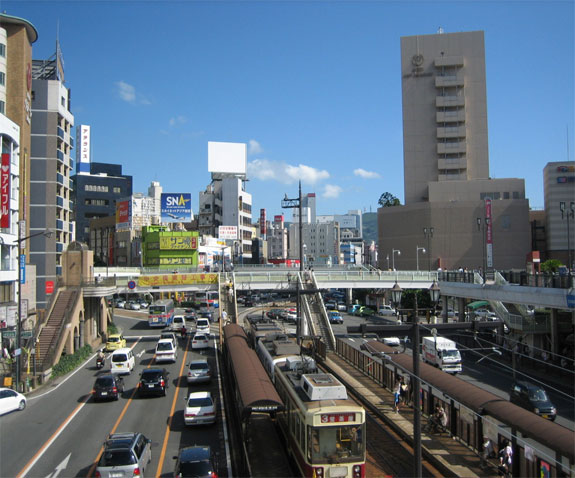 The year 2011 was indeed a terrible year for the Japanese, and it came hard on the heels of two pretty tough years by any standards, with the severe economic downturn brought on by the global financial crisis of 2008.

To add to the devastation, the tsunami also triggered a major crisis at a nuclear powerplant in Fukushima Prefecture, about 240km northeast of Tokyo. At press time, the Tokyo Electric Power Company (TEPCO), which operates the plants, working with the Japanese government, seemed to have brought that situation under control, but the entire nation was still jittery and wondering how long it would be before the power stations could be declared cooled, cleared and no longer a concern.

Even without a sluggish economy and a severe natural disaster, things were already pretty tough for the Japanese as they set out into the new millennium.

In September 2010 the Japanese Coast Guard took the crew of a Chinese trawler into custody after a collision near the disputed Senkaku Islands in the East China Sea. About a week later, the Japanese were forced to release the crew in the face of threats by the Chinese. If you listened closely, you could almost hear the nation letting out a resounding ‘Ara!’ (‘uh-oh!’). The reason is this: since the end of WWII, Japan has done little to cultivate warm relations with China (some would say they’ve even actively antagonised China) and has, instead, focused on its alliances with Western nations. Now, with China rising fast (the nation overtook Japan as the world’s second-largest economy in 2010), Japan faces a new and rather unsettling geopolitical situation.

Compounding the problems is the situation at home. The population of Japan fell by more than 100,000 people in 2010 and experts predict that – barring large-scale immigration, which most Japanese oppose – the population may shrink to 100 million people by 2050 (from its present level of 126.5 million). Don’t think for a moment that the Japanese are unaware of this. Indeed, the words shōshika (declining birthrate) and kōreika (ageing population) find their way into every bathhouse, bar and cafe conversation.

Reading all this, you might think that the Japanese were down for the count. But here’s the surprising part: that’s not the case at all. As shown by the Japanese people’s response to the earthquake and tsunami, when faced with a tough situation they band together, roll up their sleeves and get to work. Let’s not forget that these are the same people who took a country that was little more than rubble in 1945 and turned it into one of the world’s most advanced and efficient countries in just a few short decades.

But more than rebuilding, one senses that the crisis of 2011 will yield a variety of benefits for Japan, and the world as a whole. Nuclear power will come under some serious scrutiny (some countries may abandon it, while others will make their nuclear powerplants safer). Japan, already a leader in solar-energy technology, will surely explore other forms of alternative energy and energy conservation.

And perhaps best of all, in the days following the quake, the Japanese news showed rescue teams arriving from around the world, including China, and Japan deeply and sincerely felt the strength and warmth of the world’s support. In a country where debts are scrupulously honoured, this can only bring Japan closer to the world, and the world closer to Japan.

Dos & Don’ts
» Do take off your shoes when entering a house, the inner hall of a temple, or any place where you step up onto tatami mats. Try to step out of your shoes right onto the tatami mats (ie don’t take off your shoes a short distance away and walk over).
» Do learn a few Japanese pleasantries, but don’t worry too much about communication difficulties – the Japanese don’t expect you to speak their language, and they might know a bit of English.
» Don’t get into a sento (public bath) or onsen (hot springs)bath tub before thoroughly rinsing your body.
» Do slurp when you eat noodles.